Welcome to Cabot! Cabot is the largest city Lonoke County, Arkansas. As of 2006, Cabot’s population was estimated at 21,040. Cabot has the third-highest median household income in Arkansas. Cabot is the perfect place to call home whether it is for your starting your business or your family! 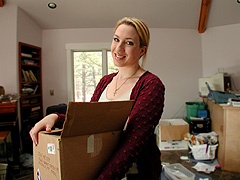 Cabot began as a small settlement in 1873 at a refueling station on the Cairo and Fulton Railroad. It is thought that Cabot was named after a railroad surveyor. The first business in Cabot was built and owned by W.M. Patton. The Patton Brothers Mercantile was opened in 1873 and operated until 1904. Patton then became the first president of the Bank of Cabot. Cabot was officially established in 1891 as the 139th city in Arkansas.

The city experienced large growth in the 1950s due to its proximity to the Little Rock Air Force Base, which opened in 1955 in nearby Jacksonville. A disastrous tornado hit Cabot in 1976, destroying many buildings and killing 5 people. When rebuilding the city, Cabot decided to construct a new city hall, municipal courtroom, library, and police station. Since the 1980s, Cabot has continued to grow consistently due to the Air Force base and excellent school district.

Should you have any questions about Cabot please visit www.CabotAR.gov.

Cabot is the place to be for fun and entertainment! Here there is something for everyone to enjoy. Come cool off in the summer at Crystal Falls Water Park or take a relaxing stroll through the Little Rock Zoo and enjoy the sights. The Arkansas Arts Center and Arkansas Symphony Orchestra also offer fun, educational events for everyone in the family.

Crystal Falls Water Park is a great place to spend a hot summer day. The park features the world-class Crystal Cove wave pool, High Sierra Slide Tower, and the Kodiak Canyon Adventure River. Here at Arkansas’ greatest water park you can experience the fun with your family and friends in a refreshing environment!

Arkansas’ Little Rock Zoo is one of the state’s greatest treasures. The zoo was established in 1926 with just two animals, an abandoned timber wolf and a circus-trained brown bear. Little Rock Zoo today includes more than 725 animals, some of which are endangered.

The Arkansas Arts Center is located in historic MacArthur Park in Little Rock. The center features beautiful art galleries that showcase the Center’s acclaimed collection. The Arkansas Art Center is committed to building a collection of unique works on paper. The collection features 135 drawings and watercolors by artists such as Paul Signax, Georgia O’Keeffe, Jackson Pollock and others.

The Arkansas Twisters made their debut in the ArenaFootball2 league in 2000. Since then, the Twisters have become the most watched team in AF2 history. If you enjoy a fast-paced game, then arena football is for you. The action never stops in this game, with almost every play being a pass! Come watch the Arkansas Twisters storm through their opponents like never before this season!

For more information on relocation in the Cabot area, please visit my Cabot Relocation Guide. 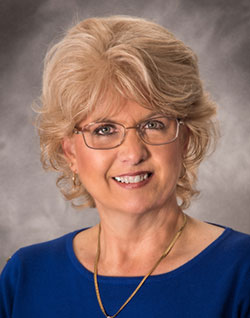